Proportion of sales by market and brand 2020
In Sweden Bilia sells all brands in the range; Volvo represents around half, followed by BMW, Toyota and Renault with about 15 per cent each. Bilia’s market share for Volvo in Sweden is about 25 per cent, slightly higher for Lexus and BMW, and slightly lower for Toyota and Dacia.

In Norway Bilia has the agency for all brands in the portfolio expect for Renault and Dacia. Volvo and BMW account for the highest share of sales in Norway, with about 40 per cent each. In Norway, Bilia’s market share is about 35 per cent for Volvo and BMW, and around 10 per cent for Toyota and MINI. 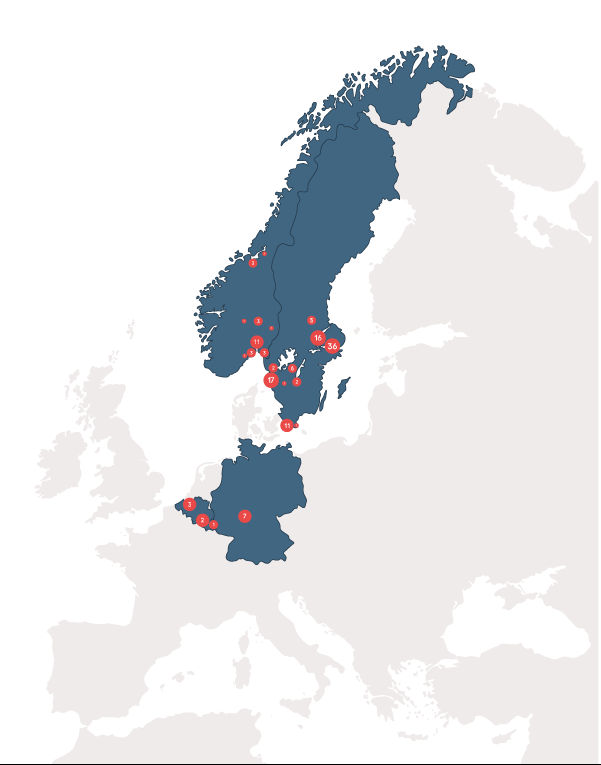 Number of facilities and turnover by country

Our vision and values ​​guide us in how we treat our customers and colleagues.

Our culture and core values govern our attitude and the way we interact with our customers and colleagues.